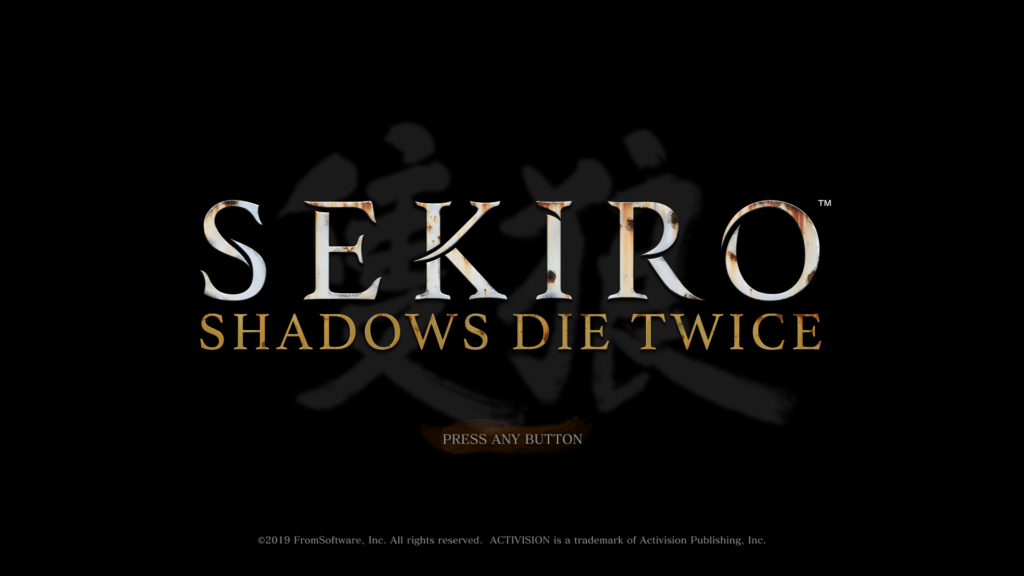 Sekiro was released on March 22, 2019 and rose to critical acclaim and success, garnering multiple awards and capturing the attention of many gamers.  From Software is known for the Dark Souls and Bloodborne games, both of which feature difficult and challenging gameplay, creative gothic worlds and an incredibly deep storyline.  Set in the feudal age of Japan, Sekiro features much faster and new gameplay mechanics while still retaining that unforgiving challenge that made the Souls/Borne series so popular.  I’ve recently reached the end of the game and we’ll get to dive into what I think makes the game so great. 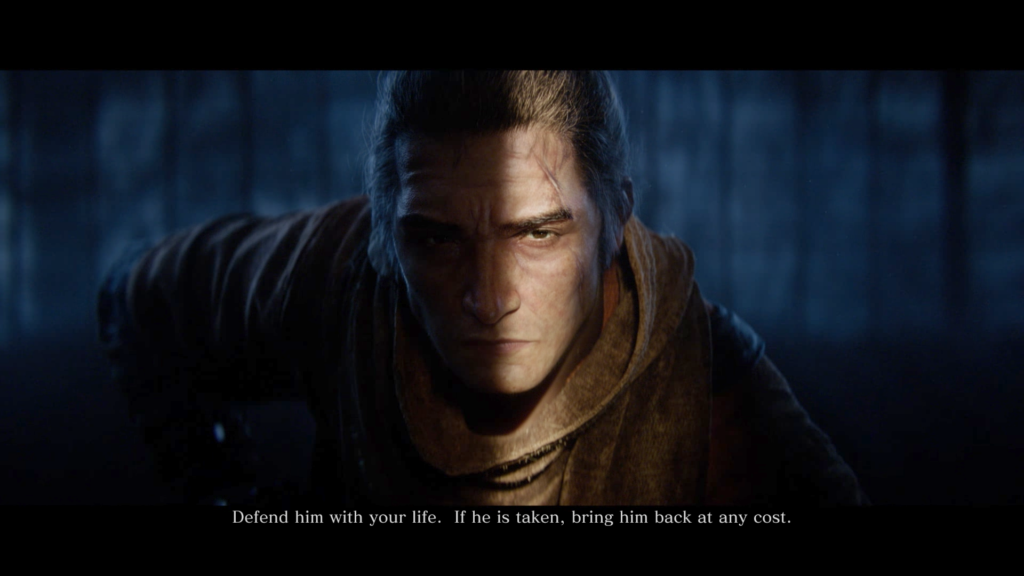 As mentioned before this is a video game made by From Software so it’s hard not to make comparisons to Dark Souls.  There are many gameplay changes made from the Dark Souls and Bloodborne games.  The first thing that is apparent is the pacing of the game.  You play as a lone Shinobi named Sekiro.  Sekiro is a much faster character and the pacing is more frenetic than in the previous titles.  Also gone from the game are the variety of weapons from previous games and instead you fight with a single katana for the entire game, which introduces a few new game mechanics that the game is centered around.  Hidetaka Miyazaki wanted to recreate the frantic action of being in a sword fight and the feeling of being a samurai.  The game rewards you for being aggressive and at the same time punishes you as enemies deal huge amounts of damage if you strike at the wrong time.
Gone from the game is the stamina bar.  In its place is now the posture meter which increases as Sekiro takes damage or your enemies take damage and as you parry your enemies’ attacks.  It appears at the bottom of Sekiro’s character model and over enemies’ heads.  When the bar fills up your posture is now broken which will leave you in a stunned state open to any attacks for a second before your posture resets and you can take action again.  You can do the same thing to enemies and most bosses.  Once the enemy’s posture is broken you are now able to perform a Deathblow, where Sekiro will perform a cinematic fatality on the enemy.  Some mini-bosses and bosses require multiple deathblows to defeat.  Along with the stamina bar is the parry/deflect mechanic is what the gameplay is centered around.  As you miss deflect timings you take heavy damage or your posture takes much more damage.  You’ll take less posture damage from timing your deflect correctly. 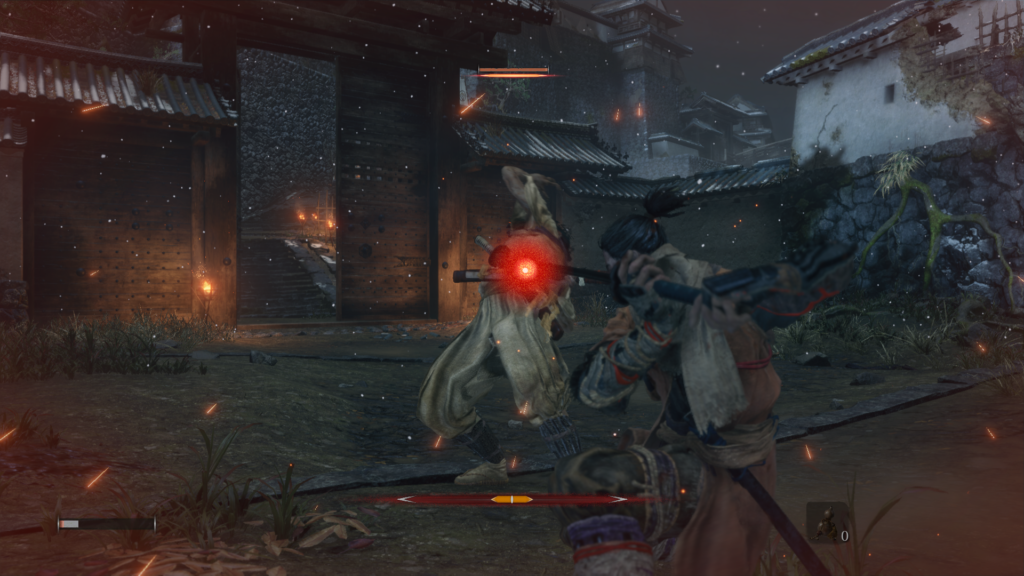 As it says in the name of the game, Sekiro: Shadows Die Twice, and when you die, you have the option to revive yourself when you die to regain half of your vitality again.  After which it’s most likely that you’ll die again.  You’ll lose all of the coins that you’ve gained but you’ll retain the items that you’ve collected and half of the experience you’ve gained but that is the fun part about Sekiro. The game challenges you to move forward and learn something about your enemies.
Similar to the Souls games of the past, Sekiro is a large connected, continuous world.  Throughout this world are idols which act as checkpoints, similar to the bonfires but you can fast travel to each individually.  From what I remember of Dark Souls, the distance between each idol is much shorter.  Which is great because you’ll die a lot more in this game, not that the shorter distances help too much.
In previous games, you would be able to over-level your character and build your strength and plough through the game with a ton of strength.  You would also be able to invite friends to your game if you need help with a certain area.  Sekiro does not allow you to do either of these things.  You’ll be able to do some bit of grinding for coins and they can be used to buy special items or skills.  But when you die you’ll lose all half of your coins.  There is a levelling mechanic in the game, however, instead of spending your experience on stats you’ll be using the experience to unlock new powerful abilities such as the firecracker which stuns and blinds all enemies around you.  And when you die you’ll lose half of your experience instead of being able to recollect it from a bloodstain.
One last gameplay addition is the stealth mechanic.  This isn’t Metal Gear Solid or Assassin’s Creed, but you can eliminate enemies by performing a stealth deathblow to reduce the amount of threats you need to deal with.  I think it works well since the game is not centered around this mechanic but sometimes you’ll stealth kill an enemy next to another one guarding the entrance to a door and they won’t even flinch.  It helped to utilize the environment and added a lot more verticality in a way that wasn’t possible in previous Souls/Borne games. 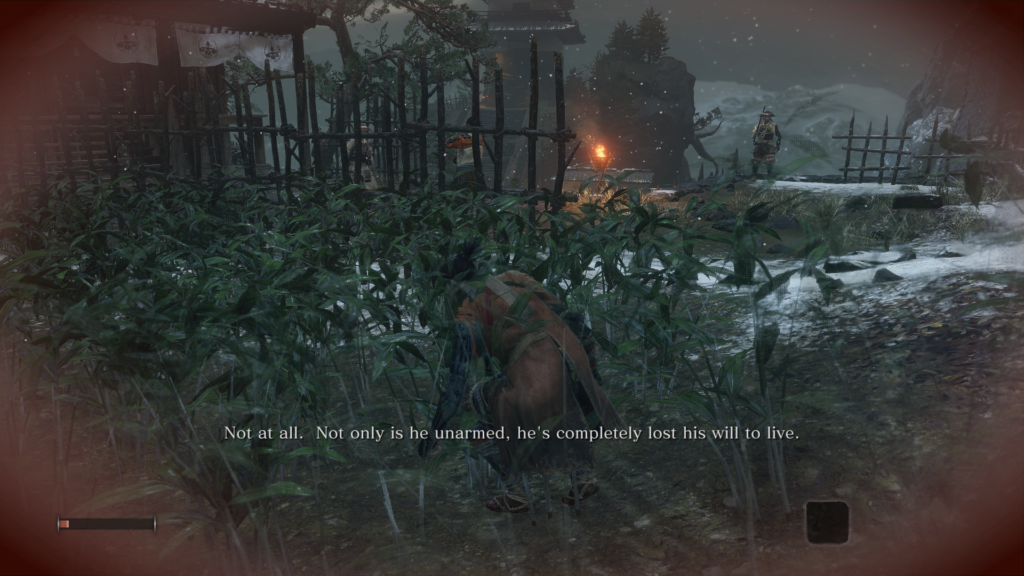 The graphics and design of the levels are on the same level as previous From Software titles.  If you didn’t know this before, From Software was the company that brought us the classic Tenchu games from the original PlayStation days, in which you play as ninjas in feudal age Japan.  Their level of maturity shows with this game as you traverse through temples, villages, and caves.  Sekiro’s level design comes at the expense of creativity as it is based more on realism.  So the enemies look similar and the environments are less extravagant as they can be.  Most of the same colours are used throughout the game.  One thing that holds together throughout the game is the atmosphere.  The game’s level design inspires a sense of curiosity in gamers.  Although you don’t want to go around the corner in fear of the next encounter that may kill you, you can’t help but wonder what is around the next corner. 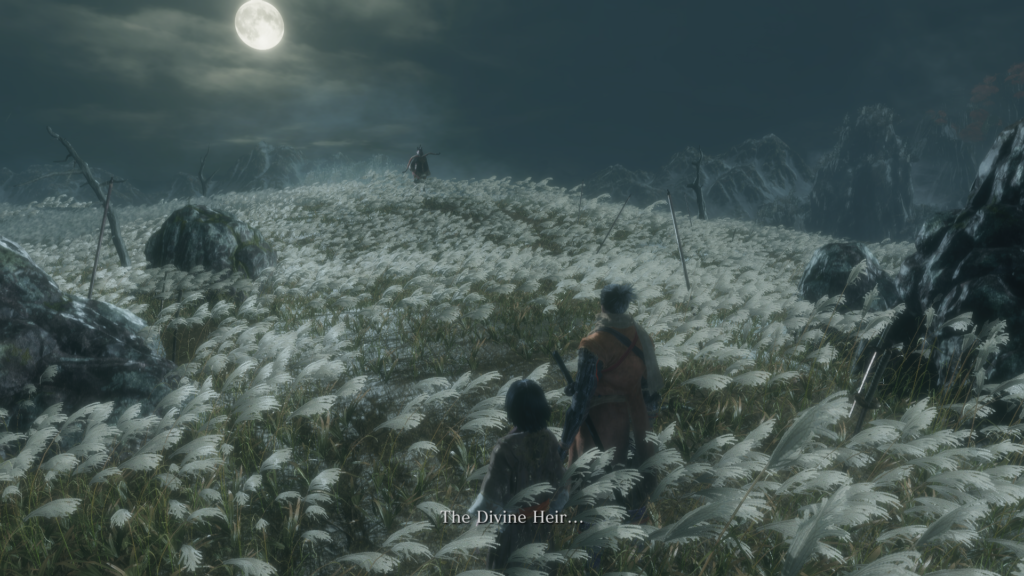 Sekiro’s sound design is really what brings the atmosphere together for me.  I’ve played through the entire game with subtitles an Japanese voice acting, so I can’t comment on how great the voice acting is, but it does add a lot of authenticity to the game when played in its native tongue.  The music is a mix of strings and shakuhachi and ranges from quiet ballads to intense drums and violins as the action ramps up.
The first playthrough can be finished within 30-45 hours, depending on what you choose to do for NPCs and also depends on how many times you die.  My first playthrough took about 40-45 hours.  There are multiple endings in the game and there are a ton of items, spells, skills and scrolls that contain story information to collect.  There are plenty of replayability options as well as the option to start a New Game Plus, which adds plenty more difficulty.
If you like difficult games and ones that will obliterate your health bar in 1-2 hits, you’ll probably like Sekiro.  The challenging gameplay is really what draws you in, but it’s also the atmosphere and the fast paced gameplay that gives you the feeling of being in a sword fight.  If dying over and over again doesn’t sound fun for you, you might really want to save your money for something more accessible.  Otherwise this game is highly recommended, even at full price.