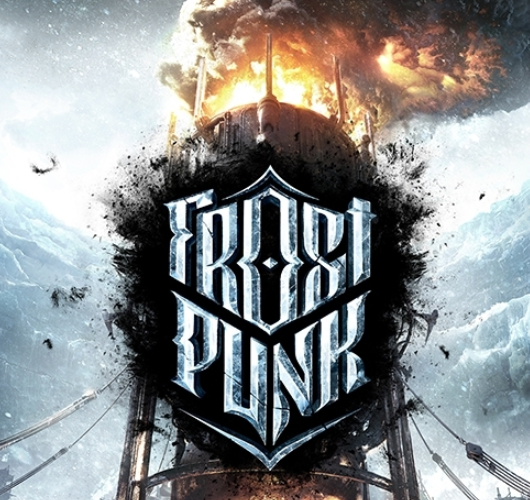 Frostpunk imagines the world being plunged into sub-zero temperatures. You are the leader of the last survivors of the Ice-Age apocalypse, managing how your precious resources are spent and how many of your citizens will you use to gather those resources. You have to gather enough coal to keep the furnace burning until tomorrow. Will you impose order and discipline into your citizens? Or will your citizens take the path of faith? Such are the decisions to be made in Frostpunk and it makes for a very tense and entertaining city-building experience. Released in April of 2018 by 11 Bit Studios, Frostpunk is still a fun, intense and challenging city-builder that’s worth coming back to again and again.

Frostpunk gets its fun by taking elements familiar to the genre and throwing a ton of hazards into the mix. You’ll be able to build tents/houses for your citizens, and resource buildings to build those tents while managing the demands of your population. These demands range from opening a new medical post because you have let the number of sick and gravely ill grow to an overwhelming amount, or giving child labourers more food rations for working. And each decision (or indecision) will impact your citizens’ hope and discontent. What sets Frostpunk apart from the rest is that while all of this is going on your citizens are out getting sick and not being able to work. If they don’t work, they will not gather enough resources. Eventually, you’ll run out of the resource you need like coal to fuel the generator. When one thing goes wrong, it can spend your entire city into a descent. If you like challenging games and ones that you’ll have to try again and again you’ll have a lot of fun with this game. 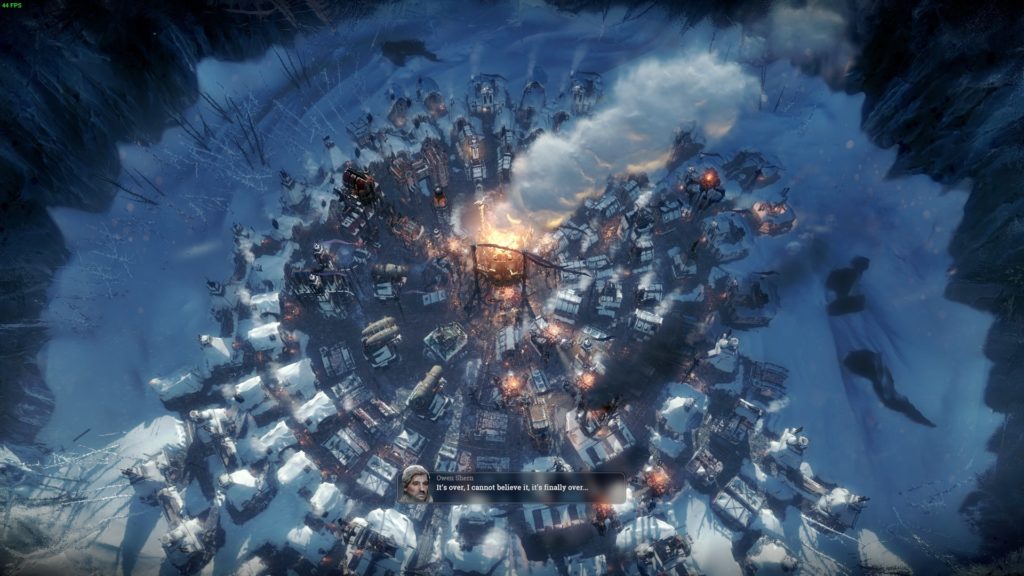 Frostpunk is a survival city-building game that features several unique elements. The first thing to notice about Frostpunk is its circular grid layout, the first of its kind in the genre. Many other games like Anno, Banished, Kingdoms and Castles, all have a grid placement system. Although it is a unique perspective from an aesthetic standpoint, you’ll have all of the problems that other city-builders present you like buildings and roads not lining up.

Having citizens demand things from their leaders is nothing new to city-building, Frostpunk tries to present these events in ways that make the decision have more of an impact. Having the mothers of the children that you have forced to work to gather resources for you complain that their child is working too hard, is an example of such an event. You can either have the child rest which will raise the city’s hope, or you can send them back to work, which will raise your city’s discontent with your decision. Your citizens will be affected one way or another; if you send the child home, your citizens gather fewer resources; if you send the child back to work, your citizens are closer to overthrowing your leadership.

As with any city-building game, you’ll have to generate resources for your citizens’ survival. In Frostpunk’s case, you’ll have to gather enough coal to have the generator create a large enough heat zone; food so that your citizens don’t get hungry; wood and steel for your buildings, as well as your research. The technology tree contains various upgrades with 5 tiers of depth for your city, including coal consumption efficiency of the generator, upgrades from tents to houses for your citizens, upgrades to the gathering rate of your citizens, etc. Your citizens get sick, injured, and need rest. So what happens when your city grows and needs more resources while it sleeps? The automatons are your answer. Eventually, you can research enough to build giant steam-powered robots to help you gather the resources while your citizens rest. There are a lot of upgrades to research and such little time, and you won’t be able to research them all, especially on the first playthrough of the main scenario. But that opens the door for a lot of replayability. 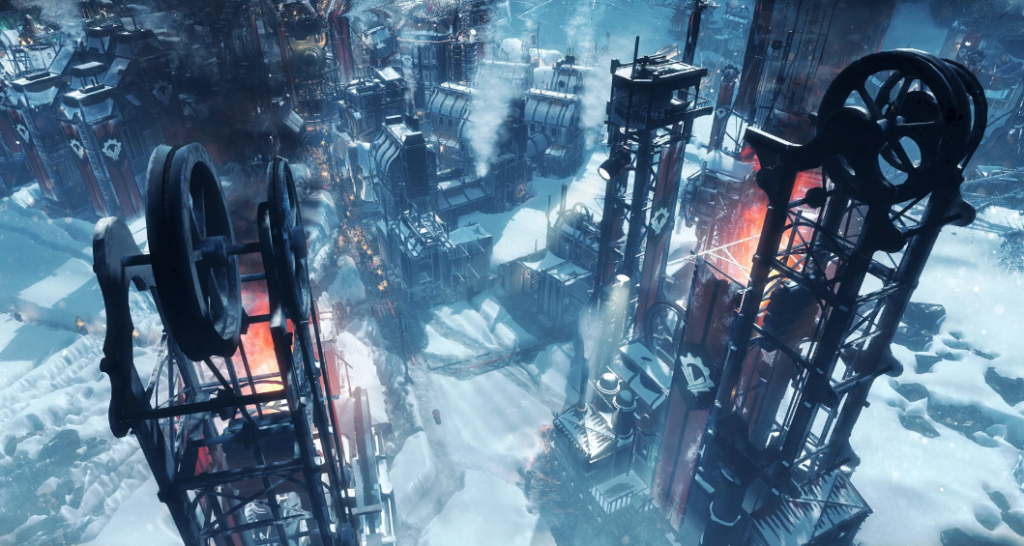 Both the graphics and the sounds of the game really play a huge part in Frostpunk’s atmosphere. While I’m not too picky about graphics, this game looks great. Two years after release, however, Frostpunk has some framerate issues. It still runs well most of the time. The aesthetic fits the late 1800’s steam-punk setting. The game’s story is presented in amazing illustrations by artists Przemysław Marszał and Łukasz Juszczyk. The soundtrack from Piotr Musiał mostly features a single violin weaving sombre melodies as the days breeze by and builds into a chorus of strings as the storm approaches.

If you like your city-building games with a bit more of an immediate challenge, you’ll mostly like Frostpunk. With its engaging atmosphere, unique setting, gameplay mechanics and infinite replayability, is this game worth getting at its current full price of $33.99? I’d say yes, yes it is. It’ll be even more worth it as it goes on sale. For those that like more relaxing city-builders, this probably isn’t the game for you.